Robert & Janice arrived in Maui on October 1st and stayed at the Westin Ka'anapali Resort & Spa. They were married on October 3rd at Makena Surf Beach in South Maui. Although they brought no guests with them, they opted to have it all! Their wedding was professionally videotaped, Louise Alborano played a number of beautiful songs at their ceremony, and Tim Clark took a bunch of great photos.

After the ceremony they had an intimate cake on the beach for just the two of them. Seasoned wedding coordinator Elizabeth Clark set up their cake and helped out during their ceremony. Pastor Bob McCollor was their minister and performed a Christian ceremony.

Bob & Jan stayed until October 10 when they returned to their home in Florida.
Congratulations Bob & Jan! 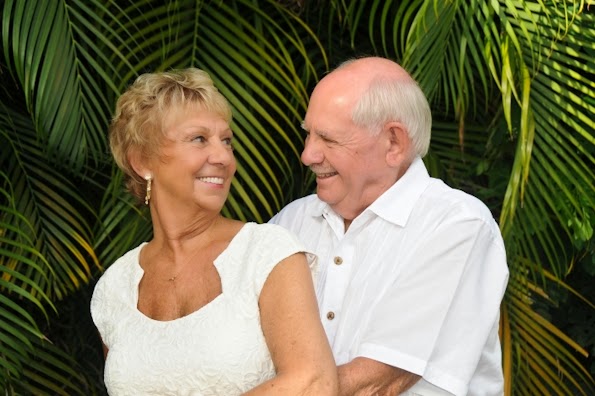 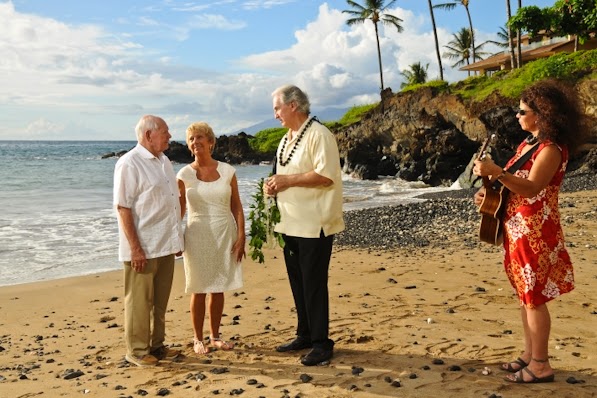 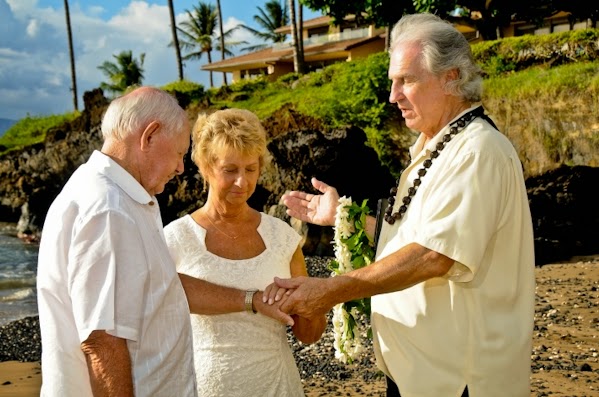 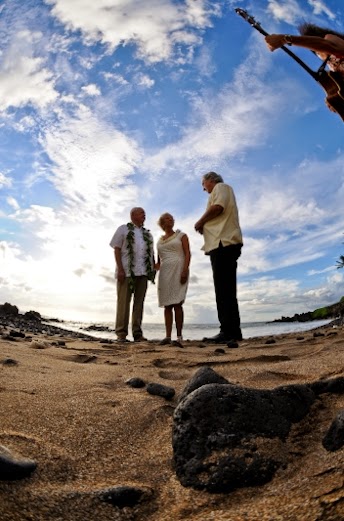 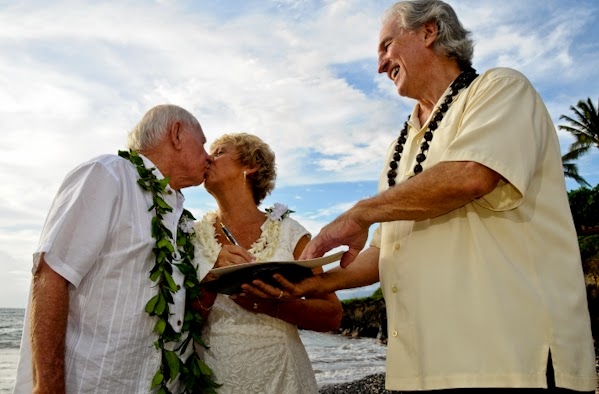 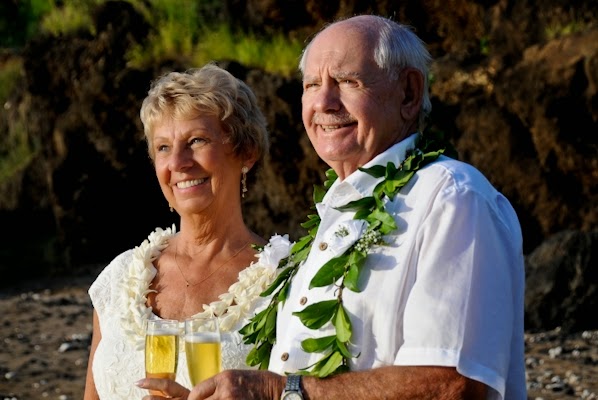 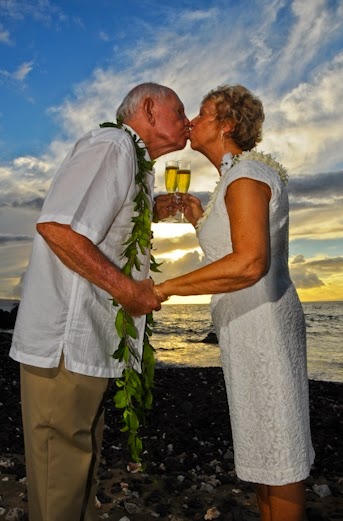 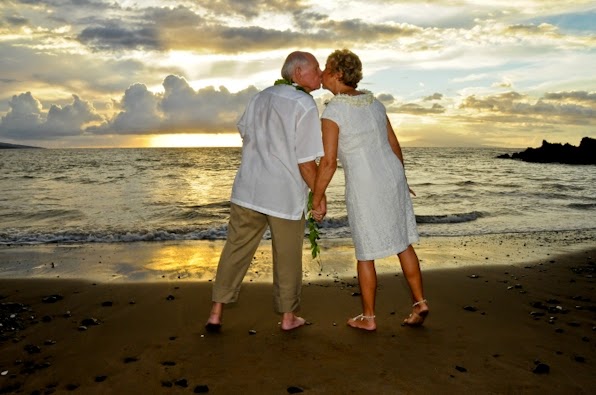 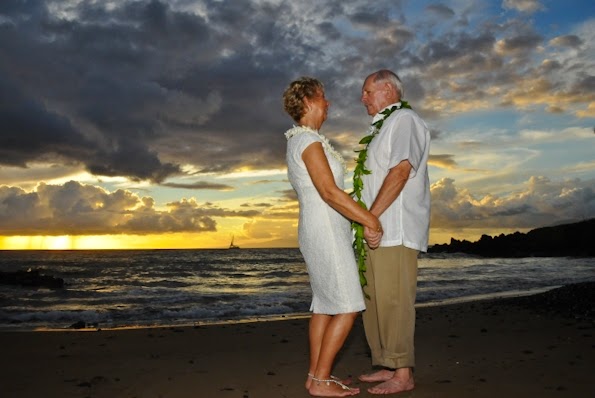 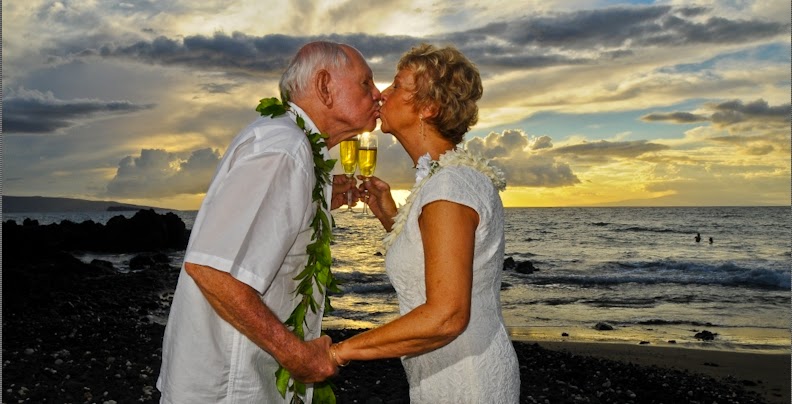