Robert & April are a cute young couple who arrived in Maui on October 2nd. They stayed in South Maui at the upscale Grand Champions Condos in Wailea. Robert & April are from Marysville, Washington and brought with them 30 guests. They opted to be married during the day on the Wailea grassy knoll and had 20 chairs set up for their guests. After the ceremony they celebrated with a toast with all their guests and then finished with photos taken on Wailea Beach by Tim Clark.

The couple and guests attended the Te Au Moana luau at the nearby Marriott Resort & Spa.
Congratulations Robert & April! 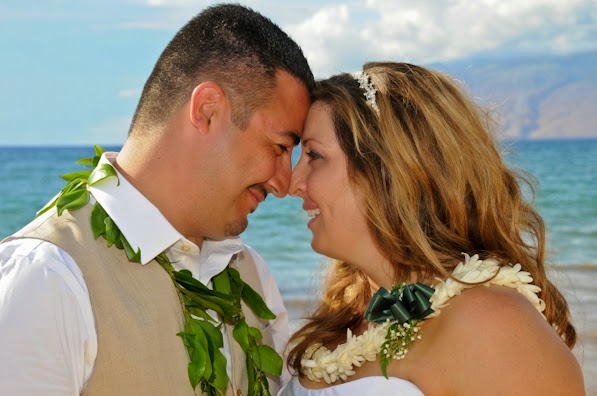 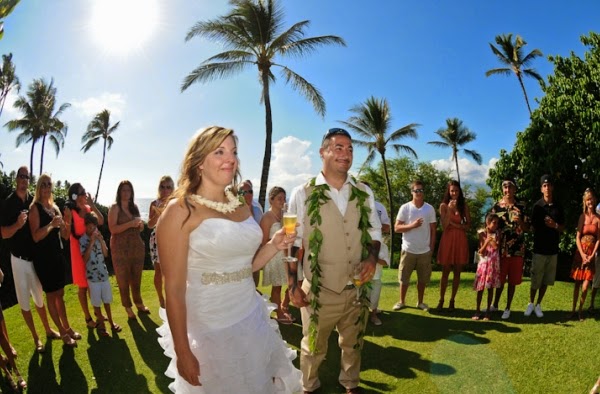 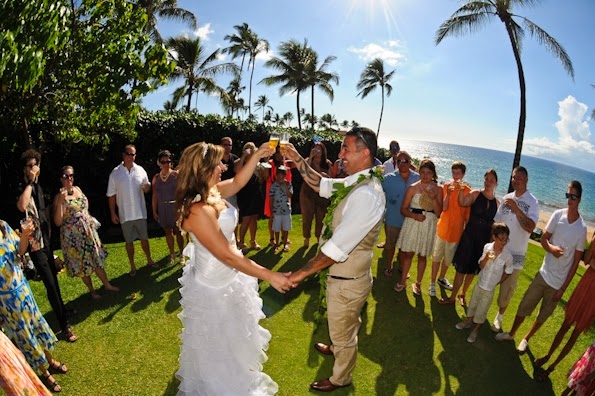 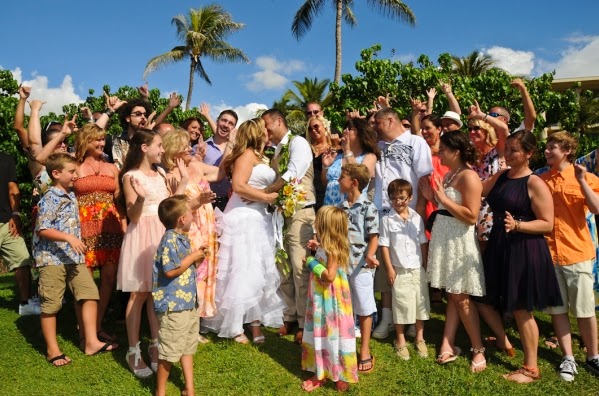 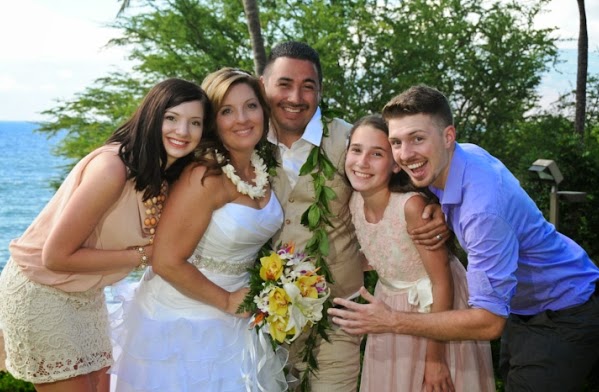 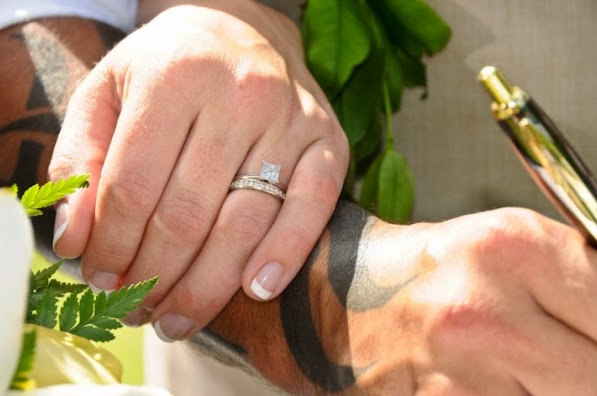 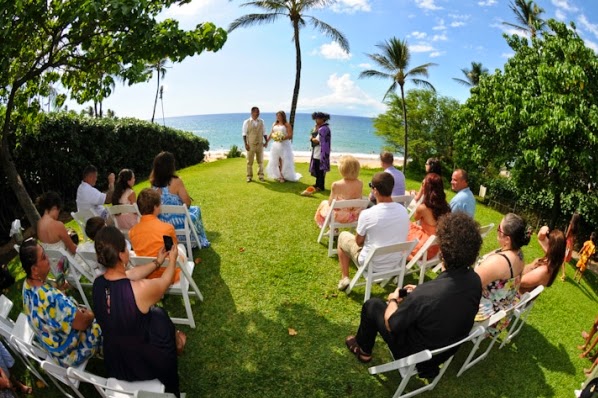 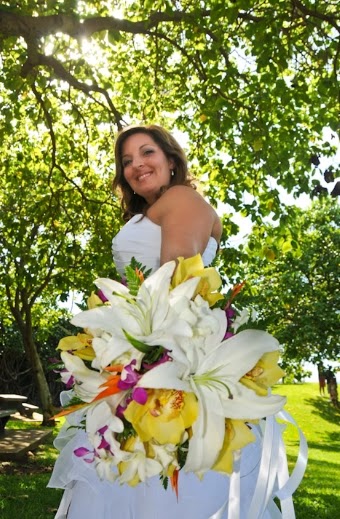 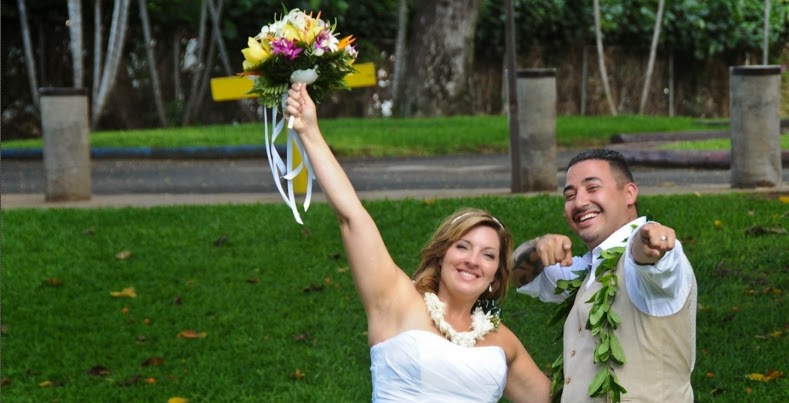